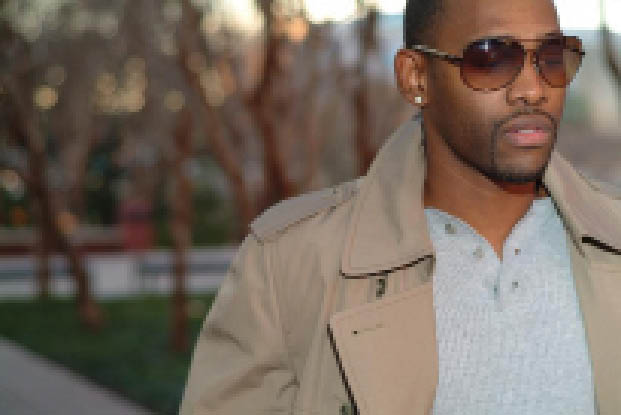 The ability to command attention is indicative of an entertainer’s longevity in this industry. Texas-based model Carlos Demond is poised to set the standard for aspiring male models. After being a student-athlete throughout college, Carlos literally stumbled into modeling by accident. Having high aspirations to go pro in the NFL, “I figured if I went pro... I’d do commercials but for sports”, he says. But instead, he found himself drawn into the modeling world after a basic photo shoot with renowned photographer, Richard Flood. With his natural charisma and inviting smile, that 1st photo shoot landed him into an ad campaign for Miller Lite. Not too bad for a rookie huh?

In a short time, his resume has expanded to include fashion shows and event hosting. Also an accomplished author, Carlos has proven that remaining diverse is the key to success as an entertainer.

So you were a student-athlete right? What sport?
Yes! I played 3 sports in college which is unheard of. I played football, basketball and ran track At Howard Payne University in Brownwood Texas.

Wow 3 sports, so you were busy all year round? Was modeling on your radar then?
Yeah. I stayed busy with games, meets and practice and no modeling wasn’t even thought of back then. I mean I figured if I went pro in something I’d do commercials but for sports.

I know most colleges put on the fashion shows and fashion-geared events; did you ever participate in that as a student?
No. I was all about sports but I did attend them. I just never participated. 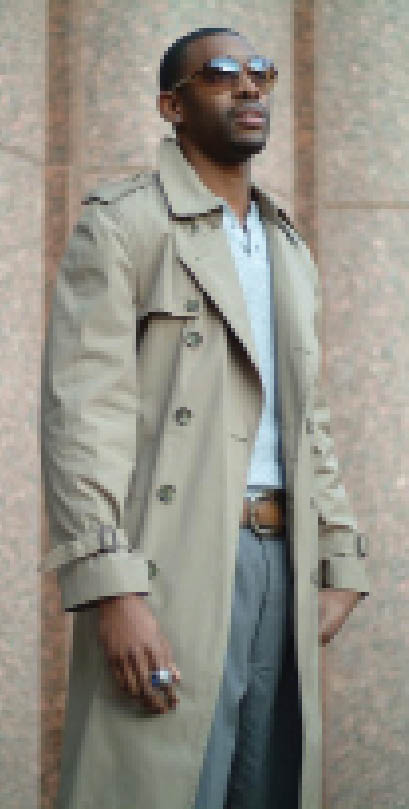 Would you say you’re into fashion as an individual? Not as much as “ok this looks fly on me”. But more like, “hmm I like this designer or I like this style of clothing”?
I am now, being that I model. I try to keep up with the latest designers and I try to vision myself wearing their designs just to see if I could rock it ya know.

Who’s your favorite designer right now?
Well, I’m more into urban designers right now so, Academics and Hip-hop gear is mainly what I try to rock but, my favorite is Louis Vuitton, and Yves Saint Laurent.

Do you ever look at their ads and see yourself in them?
All the time! I try and compare myself to those fortunate enough to be in the ads.

With the comparison, what do you feel that you bring differently to the modeling world? Being that it is so selective.
I feel that I bring a fresh face with a commercial look and a fashion frame to the modeling world. I can show that the stereotype that male models have to be real thin isn’t always the case.

Right, thick is in! Lol…
Exactly!

And it’s funny you mention commercial look. Your portfolio is so diverse. What type of shoot do you really enjoy? Commercial, Editorial, Fashion?
Honestly I feel I have that natural commercial look so I’m more comfortable doing those. I would love to do more editorial and high fashion stuff but, commercial is my favorite since its easy for me but, as a model you have to be able to be diverse so, that’s why I have all types of images in my port to show I have range.

So you like them all equally? Is there a certain shoot that’s easier for you?
Yeah! Commercial is easier.

How often do you update your portfolio?
Well since I started modeling July of 06 its all fairly new. I would love to update it as often as possible but that’s not always the case.

Oh, so you’re very new to the game. You’ve accomplished a lot in such a short time. What do you attribute your success to?
I really have to say I was in the right place at the right time but, my 1st shoot with Richard Flood was the building block. That guy has so much talent and knowledge of the game plus, I think my desire to be on top is really the focal point to my success thus far.

Richard Flood is tremendously popular in Houston and TX across the board. How did you specifically connect with him?
That’s the funny thing. I had a friend that modeled and she said I should get some pro pictures done. I was always into sports so I never thought of myself as a model. Richard was running a special at the time so I thought, “hey why not. I can get some pro pictures done and some for my Myspace page”. Our pictures turned out great that 1st time that we had to shoot again. Richard then submitted my images to Miller Lite along with hundreds of guys he knew or worked with and I was one of the 1st guys that miller wanted for their Boss campaign ad. 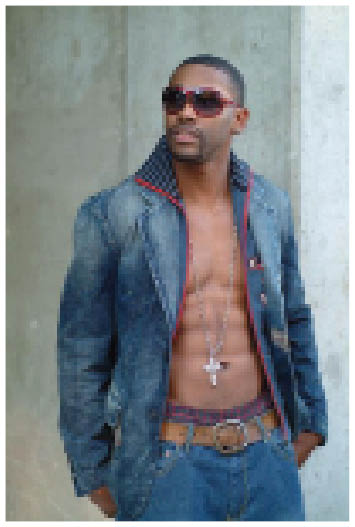 Boss? That’s major for a new model!
Yeah it was huge. That to me was the beginning. After that, I started really networking and researching the industry. I even started doing fashion shows locally to get experience.

So your photographer set the tone for your career (not giving him all the credit, cause you are the model lol). What advice can you offer for aspiring models in finding the right photographer?
Wow that’s the key. The right photographer is key to any successful career. I mean the best advice is do your research find out who is hot and who has creditability because G.W.C. (Guys With Cameras) are always around trying to take advantage so, research is key.

Yes, especially with the ladies. Photographers seem to feed on young female models...
The one thing I always say is, when a photographer approaches YOU to shoot with him or her, you shouldn’t be coming out of pocket. Yeah, females have it rough in this industry in that aspect but, male models have it rough too! Not many photographers are willing to shoot guys for free.

Hmm right, it’s a cutthroat game for everyone. Now male models seem to be one in a million. So when it comes to modeling and doing fashion shows, do you feel you have the longevity of say Tyson Beckford, Will LeMay? Or do you feel like this is something you’re doing right now, for the moment?
I would love to have longevity in the game. The nightmare of the industry is “here today gone tomorrow” so my goal is to be a household name. Case in point, the two names that you stated are the first to come to mind when you think of male models. Eventually I want to be mentioned with those same talented guys.

Great, well you’re on the right track. You seem to have that star quality. What keeps you from getting a swollen head?
Thanks and the fact that I’m shy plays a huge role in that department. I feel I’m a regular guy that has been blessed to be in the right situations.

Shy? Noooooo, seriously? You’d call yourself shy?
I am. If it wasn’t for the internet, I probably wouldn’t be having this interview! My mom use to tease me a lot she was like how you model and your shy.

Lol that’s funny. So the female readers definitely wanna know is Carlos solo?
Yes I’m solo and I have been solo for about 2 years now.

What can a female do to attract your attention?
Wow... Um the main thing is be confident! I love confidence. Also a great smile is the first thing I notice. 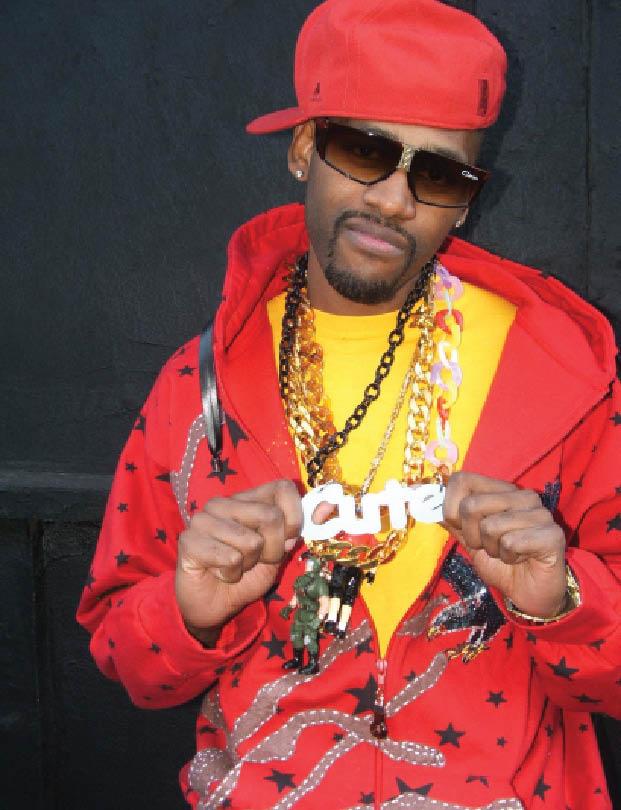 What’s the best date you’ve ever had? What did you guys do?
Um... Ok. The best date I ever had was so simple. We spent the whole day together just talking. We went to Popeyes for lunch per her suggestion. I love me some chicken but I’m not a cheap skate lol. But we ate and talked about everything then we went to Starbucks and we talked some more getting to know each other some more. We found out our pasts were similar. We then ended up at Taco Cabana which is a late night spot in Texas. So I must say that was my best date since I like simple things.

Taco Cabana that’s what’s up. I used to dig that when I was in TX lol!
Yeppers that’s the spot! I miss it they don’t have em in Jersey.

Everybody knows athletes are known for being wildboys lol what’s the craziest thing you’ve ever done? (PG 13 rated lol)
Well, like I said, I’m the shy one in my circle but, let’s just say during our spring break trips, South Padre brought out a whole other guy and its like Vegas, whatever goes on in Padre stays in Padre.

Hollllllllllllllllllllllaa lol ya’ll get it crunk! What type of music is in your iPod right now?
Wow I’m a big music fan so I have everything mostly R&B but, I love it all like, R. Kelly, The Isley Brothers, The Dream, Mary J, John Legend, and J. Holiday. I also gotta have some rap like Weezy, Jeezy, Jay Z, Luda, and some alternative like Linkin Park, Avril Lagvne, Everesence (sp) and of course being from Houston SCREW MUSIC!!

Avril? Wow, wouldn’t have guessed that lol...
Yeah I like it all.

What do you do to mellow out?
My poetry keeps me sane. I put in the queen of keeping my calm, Sade, and I write till my fingers get tired.

Right, now your poetry... Talk a little bit about that...
Well I love poetry. I love hearing it and reading it. My mom was great at writing so when I was younger and heard her poems I was hooked! I used poetry as my outlet when I was angry, sad, or whatever the mood was. I just wrote. At first it was just for me but then I started sharing some with a few close friends in college. Then I started using Myspace as a way to get feedback. I even put a few in contests but when I got my first one published I knew I had something special. I did my research on book publishing and found Publish America. This was an awesome site that pride themselves on publishing books with no costs to the authors. Now my book” Mental Consciousness” is in stores. Since I’m a new author you would have to order it, its not on shelves just yet but, hopefully, if I get enough orders, they will have stock it.

What’s the site for people to go and order it and your Myspace site?
All the major book sites like amazon.com, borders.com, and Barnes and Nobles. They can even go inside the stores to order it. It’s also available on my Myspace profile which is myspace.com/modelpage

And to wrap everything up...is there anything you want the readers to know about Carlos Demond?
Well the main thing I would want readers to know is “You have to have a Struggle for your story to go on” I heard this quote and it stuck with me “Don’t tell me the sky’s the limit when there are Footprints on the Moon”

I noticed that on your page and I was like wow, that’s knowledge.
Yeah and I try to live by that.

Thanks for your time!