FLAWLESS DIAMOND: ONE ON ONE WITH DIAMOND STRAWBERRY 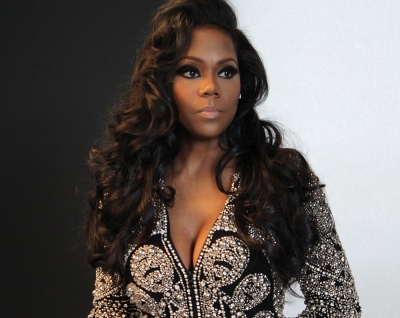 Diamond Strawberry has quickly become a household name in the world of Reality television and social media. I got the opportunity to sit down with her and dig deep into what kind of person she is and what she truly represents. Even with her famous last name diamond is looking to create her own lane and prove that she is here to stay.

Growing up did you ever feel pressure to live up to the family name? Yes! I feel pressure every day of my life! My name carries a lot of weight. I'm expected to be great. I have big shoes to fill, but I'm finally on the road to success.

Did you always want to get involved in the entertainment business? Yes. I've been In front of the camera since I was 5. Singing, acting, and modeling. I truly believe I was made to be an entertainer.

How did you get casted to be on the show? I was dating a worthless fronting piece of crap named Cisco and he asked me to go on the show with him. The way the show turned out was NOTHING like I expected though! *sad face*

You have quickly become the fan favorite cast member on LHHNY? Did you expect the fans to gravitate to you the way they did? Not at all! I didn't expect so many women to be able to relate to me. I had so many people rooting for me. It was a shocker because I wasn't too proud of my behavior on the show.

The show is obviously an amazing opportunity and platform, but were you hesitant to join the cast at any point? I was very hesitant! No one ever believes me when I say this, but I did not follow love and hip hop prior to joining the cast, so I did not know what to expect. I was under the impression that there wouldn't be any drama, smh boy was I surprised!

Was your family and friends supportive of you joining the cast? My parents were against it but they supported me. I only told my immediate family about the show and they were supportive.

The show has many story lines and plot twist, but what has remained consistent is the love you have for your daughter and family. Was it hard being away from her and the fam during filming? It was extremely hard for me to be away from my daughter and family! There were so many times when VH1 got upset with me because I kept flying back to LA and staying longer than expected. I didn't care. I missed my daughter and I had to be with her.

What advice would you give to the mothers out there who still want to pursue their dreams? It's never too late to accomplish your goals! Find something you're passionate about and go for it! Give your kids something to look up to! Go hard for them! Go hard for yourself! Get out of your comfort zone. It is a dangerous place to be!

How do you balance it all out? With all your endorsements, traveling and raising your daughter. This past year I have been extremely sleep deprived. But I am used to it. My work is so rewarding so I don't mind.

Is it hard for you to walk around in public now with all your success? I wouldn't say its "hard" to walk around in public. It's just different. I wasn't used to people running up to me wanting hugs, autographs, and pictures. There are times it gets a little overwhelming (if I'm in the middle of a meal, or trying to spend time with my daughter) but I appreciate all of the love and I would never deny any of my supporters the opportunity to say hello to me.

You seem pretty low key. I never see your name in the rumors or on the blogs. How have you been able to keep your name clean in such messy industry? It's simple. I keep to myself. I have a small group of friends who I trust and I stay away from people or scenarios that seem sketchy. I'm not a fan of drama so I try my best to avoid it.

What are some other ventures or things you are working on outside of the show? I have a clothing line in the works, I'm still in the process of opening my group home for pregnant teens in Los Angeles, I'm hosting a school tour where we go out and give away school supplies to children in need, give them words of encouragement and free concerts with some very big artists. I am also in the process of recording my EP. It's called "Shut up and Listen". Yep, I'm singing :) this is something I've always been interested in and I finally got the courage to give it a try.

You and Kelly Rowland are repping hard for the sexy chocolate sister’s lol. Some our readers want to know what products you use for your skin.  I use Obagi Clenziderm (face wash, toner, and lotion) and I'm a big fan of cocoa butter

I see you are heavy into fitness and wellness. How often do you work out? I try to work out every day. If not, every other day. It's very important to take time out to do some type of cardio. And it's a huge stress reliever.

What kind of things do you like to do when you have downtime? I catch a quick nap or spend time with my daughter and family.

Is there anything people would be shocked to know about you? I am extremely shy. I know it's weird because it doesn't seem like I am shy on television, but in person I am very quiet and laid back.

You have a very seductive and boss chick personality, you don't play no games. What kind of charters tics do you like in a man? I like intelligent, driven, God fearing men. He has to be able to make me laugh and keep me interested.. I get bored fast and I hate routine.

You are heavily involved in charities. Did you always have a passion to give back? Yes! There were several times where I would ask God, "What is my purpose in life? Why am I here" and every time I got the same answer "you're here to be a blessing to someone else" so every opportunity I get, I help someone out. I cannot explain the feeling I get when I'm able to encourage someone or put a smile on someone's face. It's the best feeling ever.

What was it like participating in the Michael Jackson charity event in Gary, Indiana? It was an amazing experience. I was so overjoyed. Katherine Jackson told me that she saw past that terrible picture the show painted of me and she sees so much potential in me. I instantly cried. I couldn't believe she chose ME out of all people to help continue her son’s legacy and to give back to the children. After that two day event, she called and asked me if I wanted to be the official host of all the events to come. What an honor! I never would have expected to be working with the Jackson family. Not many people get this opportunity. I am truly blessed!

When you want to get romantic and in the mood who are your go to artist? I am not dating at the moment (I wish I had time to) but you can't go wrong with 112, Ginuwine, and Trey Songz.

Our readers want to know if we will be getting a Diamond Strawberry calendar anytime soon. That's a good idea... I'm working on it!

What has been the Pros and Cons of being on LHHNY? It's a great platform. You get a lot of exposure so you can venture off and do other things. But the reputation the show has isn't so good.

I know your DMs be popping lol. What’s the crazy thing you have seen in there? I don't even open my DMs if it doesn't look like business. But his craziest thing someone has sent me was their bank statement! This guy had a lot of money in the bank, but it was a huge turn off! I make my own money, I don't want or need to be taken care of.

What advice or message do you want to give to the guys who try to get at you via social media or in public? Men do not approach me in public. They stare and drool lol but they never say anything. They seem a little intimidated. But then they will slide in my DMs like "you looked so beautiful tonight, can I take you out?" Umm no sir! You should have said something in person; And to the men on social media, pleeeeease stop sending inappropriate pictures. I will just block you. So stop!

What’s next for you? More television, music, philanthropy, fashion and continued happiness!

How can fans keep up with your movement?

More in this category: « Courtney Lee Natalie Gauvreau »
back to top
Current Issue